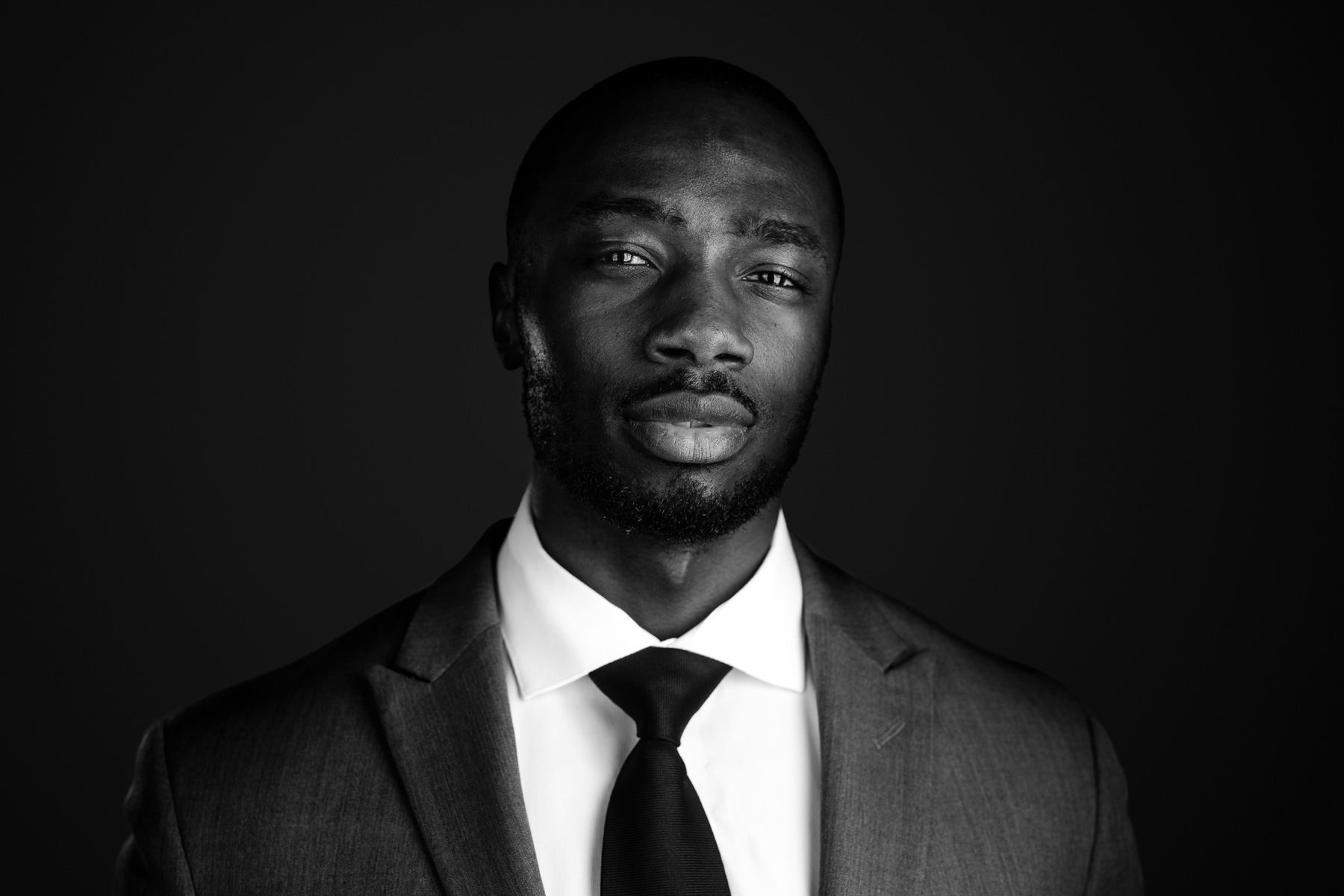 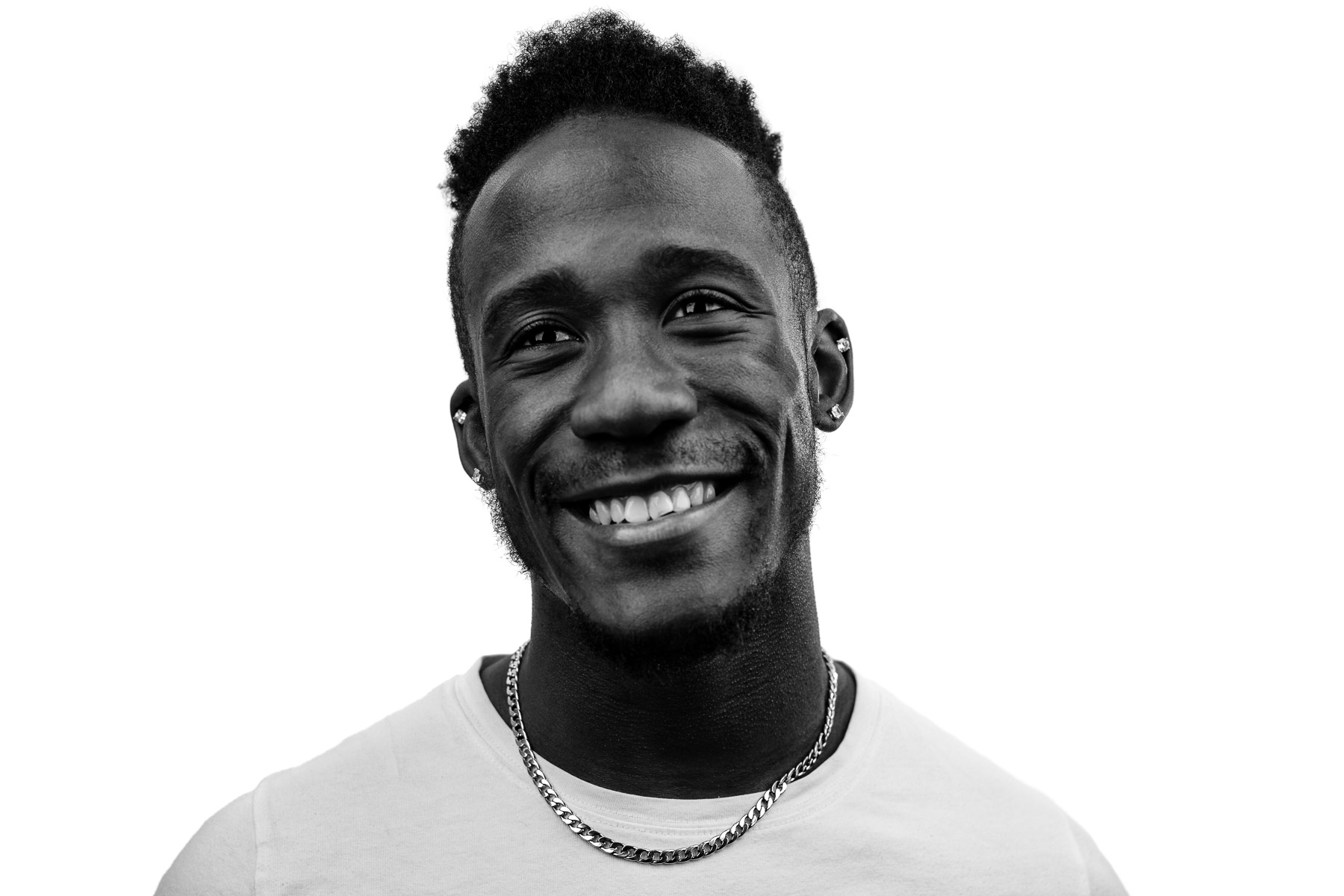 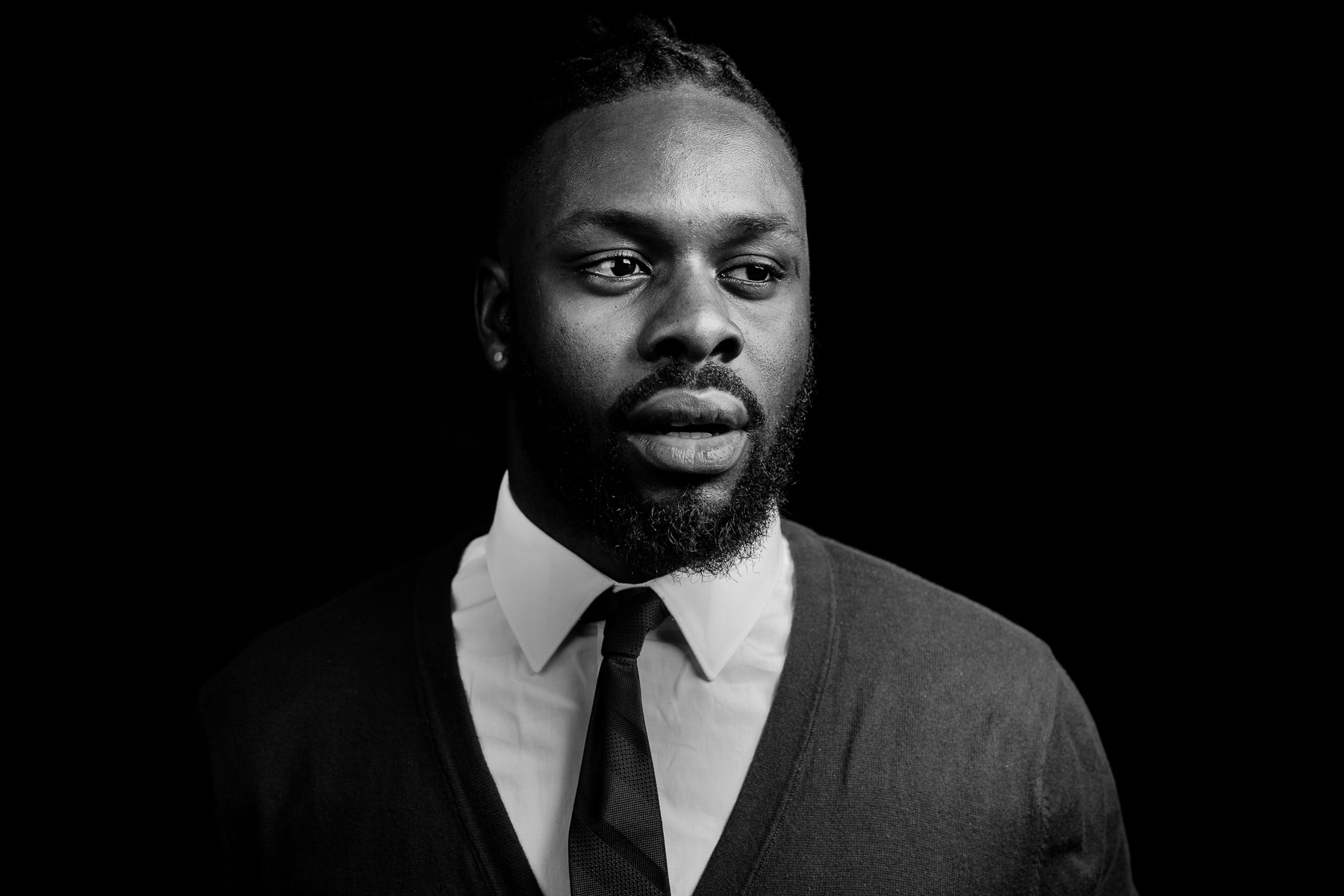 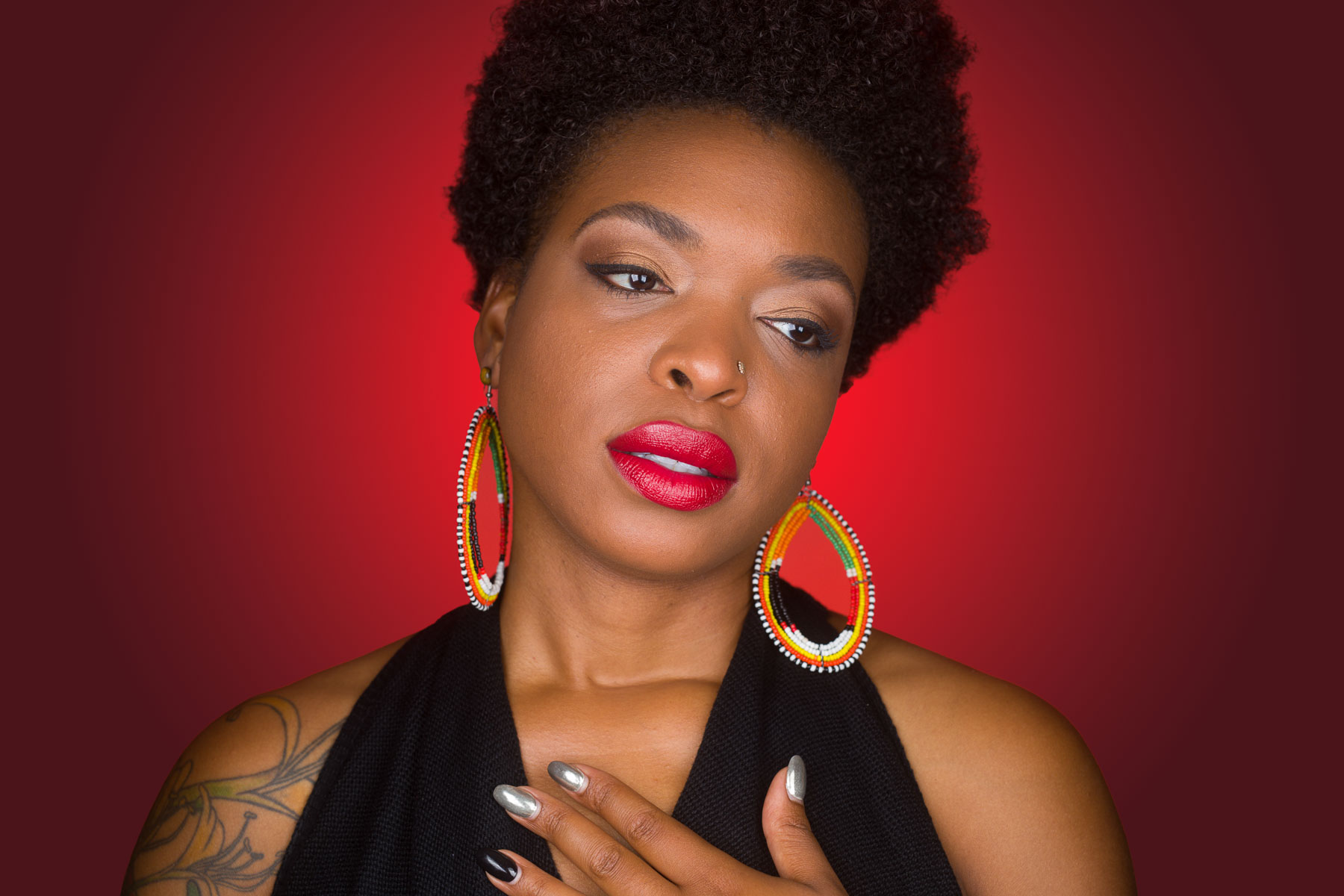 Why does America need more portraits of black people?

I decided to start this project the night Jeronimo Yanez joined the ranks of so many police officers who have killed black men, women, and children with system-wide impunity. His acquittal was another acquittal of our racism, of our system, of our conscience, and it bolted me with rage the night I heard. I realized America needs more portraits of black men. Of brown men. Of black women and brown women. Of black children and brown children. America needs new stories that challenge our centuries-old stories of blackness. America needs more portraits of black men which burrow into our hearts, make us non-black people reconsider our deepest assumptions when we encounter black people.

Because we are all responsible for the stories of blackness that are moving the hands of exonerated police and vigilantes. Just as we erase men from domestic violence by calling it a “women’s issue,” we focus all our attention on the murdered. How many of us know the name of Eric Garner’s killer? Daniel Pantaleo.

The public servant who threatened to “light up” Sandra Bland? Brian Encinia.

Philando Castille’s killer, the one who prompted this in me? Do you remember? Don’t look up.

We must all be the keepers of all their names. The dead and the un-indicted. The martyrs and their murderers.

Here’s the thing. I’m one of the last people to tell those stories. I’m young, Jewish, cisgendered, heterosexual, able-bodied, tall, and so on, so how can I tell a story of blackness?

I can’t. I can’t tell a story of blackness, because it’s not my story. I can’t be black.

But I can listen. You can tell me your story, which I can show. I can leverage my privilege, and work with you to make an image. And I can bring your story to other people of privilege, while you bring it back to your community.

I do have a perspective. I prioritize moments of connection—of joy, longing, pain, desire, confidence, grief, silliness, and others. Though the fingerprint of my perspective will be throughout the images we make together, that is also my contribution. To make portraits with me is in part to submit to and embrace how I see you.

But here my process is different than many others’. I insist we cull the images together. I insist we talk about what works, why, and how to move forward during the session. So though I still light the shot and click the shutter, it’s the two of us who decide the images that will define you. We are collaborators.

Because a portrait is a story. A complex, digestible-yet-lasting, gives-as-much-as-you-take-from-it story.

But that’s just one (handsome, cisgendered) man, and while these images are important, they can’t explode the story of blackness. Just as important are stories of black people who don’t have the access to the elements of those stories, or who don’t want to participate in them. Stories of black people in the clothes which are their daily uniform—whether that’s low jeans and Jordans, a low-cut pink top and afro-puffs, Sunday best, a power suit, or anything on the spectrum. I want to make images of people in the clothes which make them feel themselves.

Let’s have a conversation with the camera between us. Let’s talk about you life, your loves and disappointments and triumphs and the dirty jokes your uncle told when you were five. I’ll press the shutter. We’ll look at the images together. We’ll make more. We’ll review those. You help me help you show your story.

Then we let them on the world

The fact is, any story can be stolen and remade.

The fact that even the images of Hakim can be read so many ways means even our well-intentioned stories can’t be safe. But I think that’s a feature, not a bug. An image that tells many stories is safer than an image which seems to tell one, because any attempt to reframe one story will have to reframe all stories. And once that explosive, questioning, dangerous image of a full, black, human being enters the mind of a viewer, it will sit there. It will gnaw on their vision of blackness. If it makes them sympathetic, if it makes them angry, if it makes them see beauty, it may make them see another black person differently.

But stopping there misses the point. We’re finally entering an age of more POC representing themselves, in their own stories. (Moonlight, Luke Cage, Sugar Hill, Master of None, Insecure, and Black-ish all come to mind. But the fact that we’re still counting them off by name means we don’t have enough of them.) I want to help young black people make their own media. Certainly not all black people will want to take up a camera, and I’m happy to work with those people as photographer. But for those who do, and haven’t had the opportunities I have, to buy, to learn, and to practice, I want to empower them. May this project return not only new stories, but new storytellers. New storyshowers.

To make this learning accessible

I am not a master technician (yet). Indeed, some of what this project fees me is the opportunity to keep practicing my craft.

But if you want to learn, I will share with you what I know: Portraiture is 10% photography, 90% conversation. (That 10% is pretty jam-packed, though.) I will show you how to shoot portraits on any budget—from phone, the sun, a $20 scrim, a $15 tripod, and a friend to a full professional rig—so you can see that the only difference is technical detail. Yes, technical detail is important, but we all know it’s second to the story. What matters—the story—is the connection you make with your subject. That can’t be bought. It can only be given.

It reminds me of something I read in Mychal Denzel Smith’s jaw-dropping new(ish) book, Invisible Man, Got the Whole World Watching:

Toni Morrison found a question in the first pages of Ralph Ellison’s Invisible Man I sure never considered. If somehow you’ve never read it, the novel is about the speaker’s blackness, which renders him invisible. Politically, culturally, even socially. She says simply, “Invisible to whom?” To white people, even to other black men. Not to black women. And, I imagine, not to gay black men. (Really-really, read Smith’s book.)

The diversity of black cultures and communities is really visible in gender and queerness. To say I want to focus anywhere right now might also be missing the point. I want the stories of my sitters to tell me where the project should go. After writing a novel for 12 years this way, I’m pretty good at it. I know how to jump in, feel my way through seemingly disconnected ideas, and ask for help.

That said, I’m really interested in queerness, and queer self-expression, in communities of color. There are so many layers here, of resilience within resilience. I’d love to help those particular people add some extra light on their stories, if they want it.

I’ve said a lot here. I want to leave you with the words of my friend Justin Woo, whose portrait I made in January of 2018:

Yo straight up, the next time someone gets attacked by the police, having a beautiful portrait to print and blow up and put in front of the media will definitely be a good thing. Helping people of color control our image and portrayal is incredibly important. Also having a beautiful picture of yourself is a nice self esteem booster and when you’re either invisible or hideous, it’s nice to have that picture. Speaking from personal experience here, about YOUR photo of ME.

Straight up, it matters.

Let’s make new stories of you. 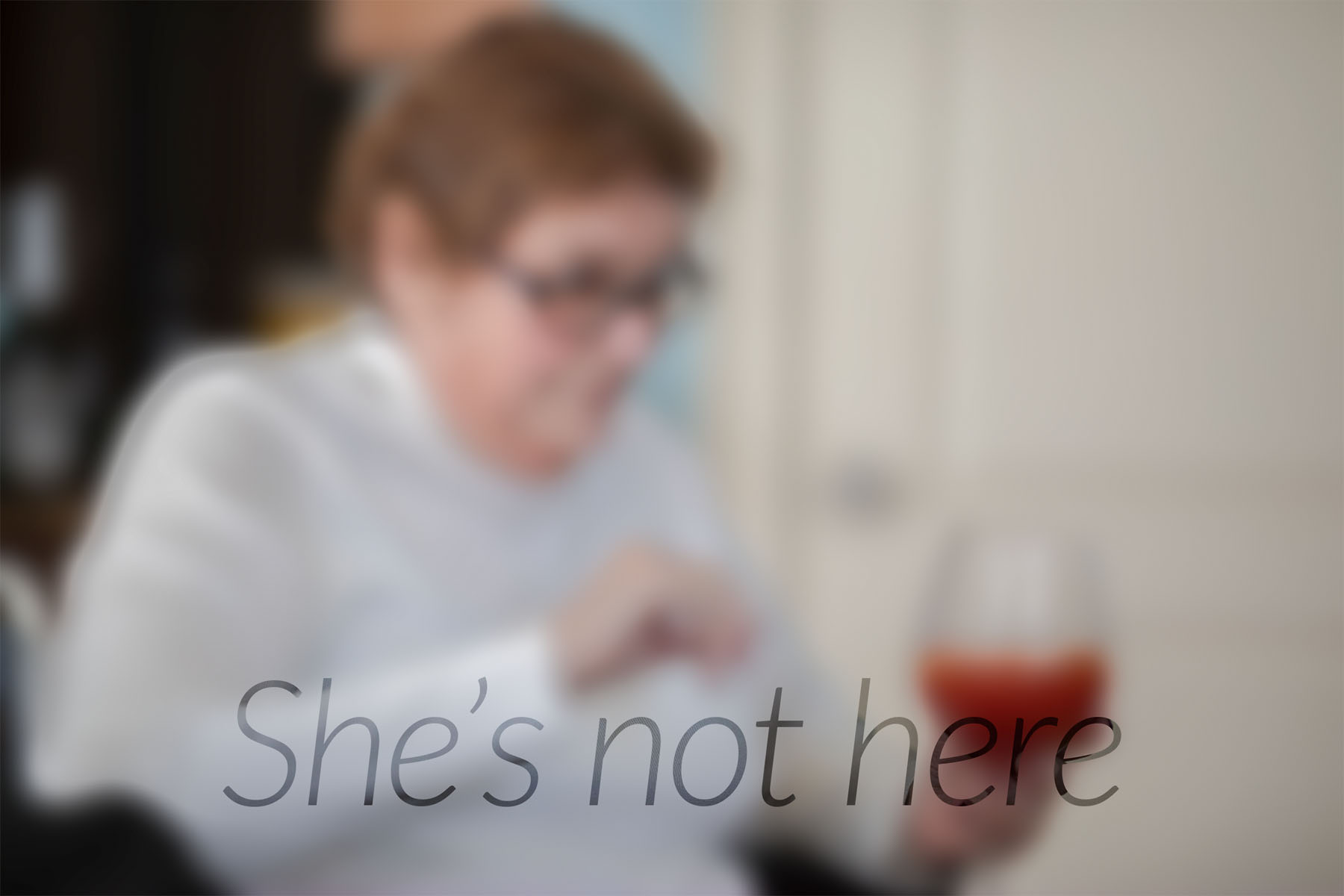 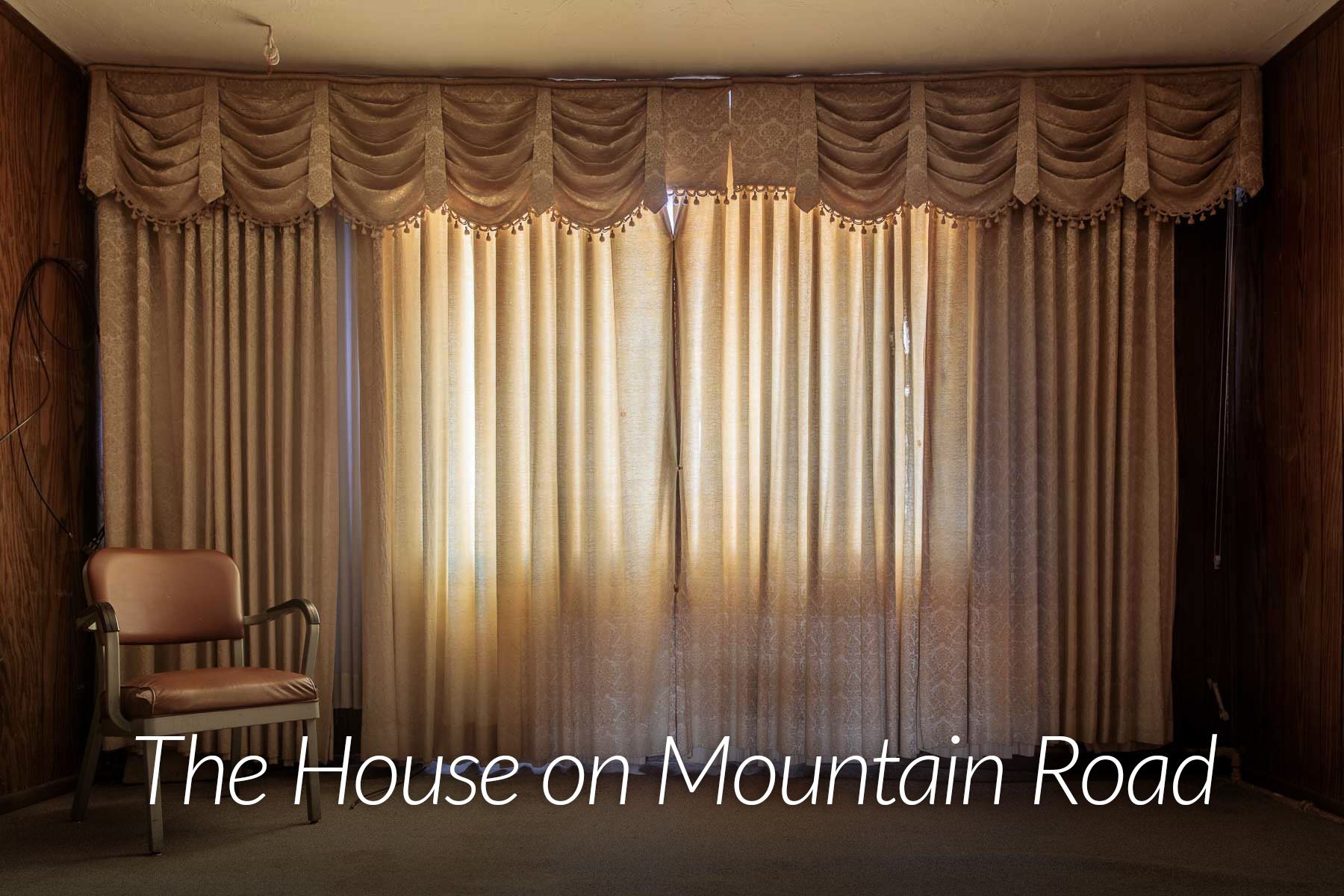